On December 13, 2021, Democrats for Life of America filed an amicus brief with the Pennsylvania Supreme Court arguing that the state’s abortion funding ban should once be upheld as in line with the Pennsylvania constitution. The case, entitled Allegheny Reproductive Health Providers v. DHS, was brought by abortion providers who argue that the state funding ban on elective abortion procedures violates Pennsylvania’s state equal rights amendment within its constitution. The high court previously ruled in 1985 in Fischer v. DHS that the funding ban did not violate the Constitution.

“The Pennsylvania General Assembly’s ban on abortion funding has stood for over 35 years,” said Kristen Day, Executive Director for Democrats for Life of America. “In filing this brief, DFLA is excited and proud to stand with and speak for the numerous Pro-Life Democrats in Pennsylvania who continue to uphold the legacy of Governor Robert P. Casey, Sr.”

In the brief, Democrats for Life argues that the abortion funding ban should be upheld, and that the Pennsylvania Supreme Court should respect both the conscience of individual taxpayers and the right of legislatures to reach bipartisan consensus in governance, with the brief stating that “because abortion-funding restrictions avoid forcing taxpayers to facilitate abortion when they deeply oppose it, such restrictions make it possible to secure broad support for health and welfare-related funding in general.”

The brief highlights in particular how an abortion funding ban was instrumental in getting Congress to pass the Affordable Care Act, which expanded healthcare for millions of Americans.

Democrats for Life of America views the filing of this amicus brief and DFLA’s amicus brief in the United States Supreme Court case Dobbs v. Jackson as part of its assertive legal strategy to speak out for the Whole Life position in state and federal courts. The Dobbs case will consider whether there is a right to abortion in the U.S. Constitution, and will be decided next year.

“If Dobbs goes our way next year, we think that there will undoubtedly be more court battles fought over the Right to Life,” said Day. “Armed with experience, DFLA will be ready to file more briefs with the court and continue to advocate for the Whole Life message whenever the need arises.”

Additionally, Democrats for Life of Pennsylvania State Chapter Coordinator Christian Matozzo appeared on the Pro-Life Radio America show hosted by John Williamson to discuss the work on amicus briefs that Democrats for Life has done regarding this case, as well as the U.S. Supreme Court case Dobbs v. Jackson. You can listen to that interview at this link. 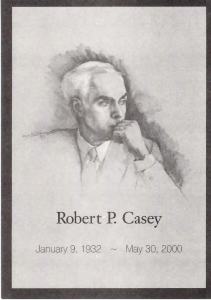